Your dealership relies on technology to drive innovation and meet changing buyer expectations. Finding a right-sized Dealer Management System (DMS) is a big step. But, the transition to your new DMS is a big step on its own. Now that you’ve made the decision to move to your new DMS, make sure you’re ready to launch and hit the ground running with your brand new technology by following these four steps from our Performance Management team.

THERE’S MORE TO A DMS TRANSITION THAN NEW TECHNOLOGY…

Dealertrack DMS Performance Manager Michael Panozzo began his career in retail automotive twenty years ago. He’s experienced the ups and downs of a DMS transition from various roles in the dealership and tells his dealership partners, “Yes, you’re changing technologies, but it’s about more than that.” There are countless fears that hold business leaders back from adopting a new DMS. Eventually, though, when it’s time to switch to a DMS that fits your goals, your budget, and your dealership’s needs, taking the next step can be done well if you follow a few best-practices.

STEP ONE: BE PREPARED FOR CHANGE

It sounds simple, but according to Panozzo, it’s the little things your team wasn’t expecting that become a big deal later. “Understand how the DMS and other departmental tools are used and integrate together, then develop a plan for adoption,” Panozzo explains. “A DMS change is a change in how people do their everyday tasks. Staying prepared and ahead of this is essential!” Being mentally ready for change can help everyone succeed.

So, you’ve decided to change your DMS. You’re pretty excited and looking forward to the new functionality of the new system that touches every corner of your dealership. But, keep in mind, “you’re changing your technology, but it’s about a whole lot more than that,” Panozzo states. You can’t roll out a shiny new system and expect everyone to embrace it simply because it works better, or because it’s easier to learn. Your organization runs well because of deep-rooted operational efficiencies that rely on people. Make sure you include them in the transition at every step. And, speaking of including your people…

According to Panozzo, Dealer Principals and Managers cannot over-communicate when it comes to preparing the dealership for a new DMS. If you’ve just signed on for a transition, you likely have time to prepare the team. “Don’t waste it! Communicate often and encourage good performance. Find out what motivates your team and go from there.”

In his experience, Panozzo knows that to be truly successful with your upcoming DMS implementation, your dealership’s leaders must learn to master a bit of psychology. “Something like seventy-five percent of learning a new DMS is all psychology,” he states. “It’s a total mindset shift.” Helping your team adapt to change begins there, so “begin early and help shift the way your team operates before launch, not after.”

Dealertrack DMS has mastered the art of installing your new technology at the dealership. Our team is with you every step of the way to ensure a successful launch. Prepare your dealership staff for change with steps in our guide, The Road to Consensus. 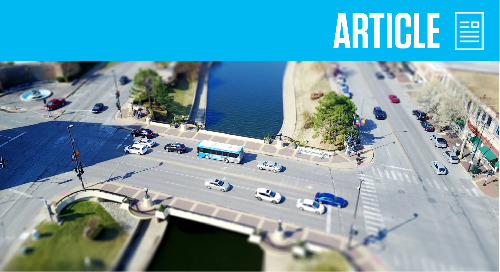 The Road to A Successful DMS Technology Switch

Dealertrack’s team of Performance Managers have seen it all. Here are their tips to help your team prepare ... 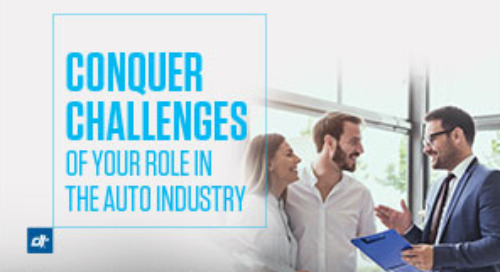 Hear It From Your Peers: I'm a Controller

Explore how your peers meet the challenges of their role in the automotive industry with practical steps fo... 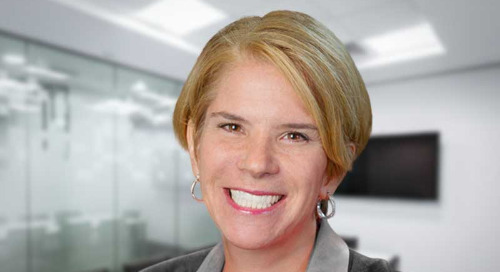 Hear from Vice President of Dealer Service and Support Mandi Fang on what to expect in the months ahead with your new DMS transition. 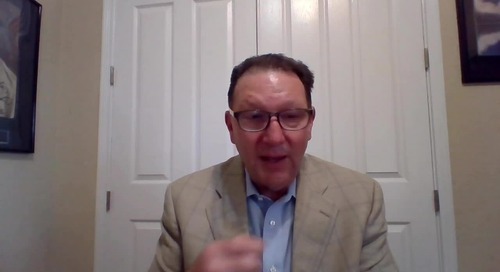 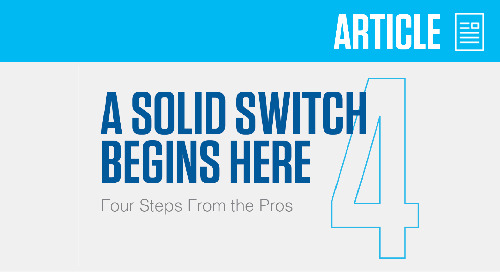 Covering your basics and preparing for a successful DMS switch will help ensure that your entire dealership staff is ready to hit the ground running once you flip the switch. 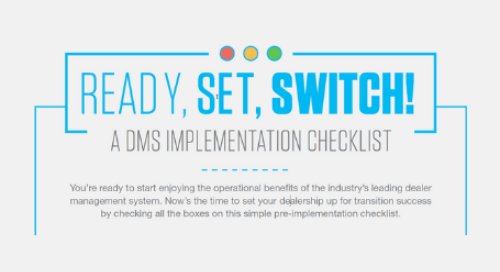 You’re ready to start enjoying the operational benefits of the industry’s leading dealer management system. Set your dealership up with success by using our pre-implementation checklist. 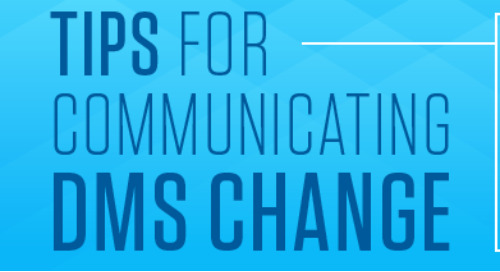 By now, your DMS transition team is all-in on your switch to Dealertrack DMS. But what about the rest of the dealership employees? Here are tips to communicate the transition in the right way. 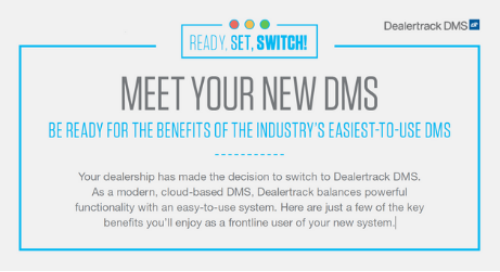 Dealertrack balances powerful functionality with an easy-to-use system. Here are just a few of the key benefits you’ll enjoy as a frontline user of your new system. 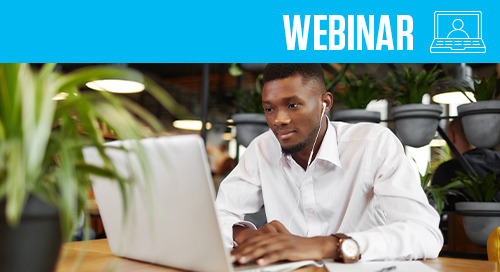 Ready to improve your dealership’s day-to-day processes? A technology switch can upgrade more than you think. Watch the webinar now and see how new technology and lead to new opportunities. 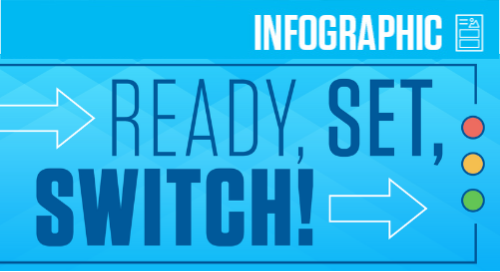 A team of dedicated industry experts are available throughout your DMS installation through training options geared to offer you the flexibility to meet your needs.

The Road to A Successful DMS Technology Switch

Dealertrack’s team of Performance Managers have seen it all. Here are their tips to help your team prepare for your upcoming technology transition.

Hear It From Your Peers: I'm a Controller

Explore how your peers meet the challenges of their role in the automotive industry with practical steps for transitioning to a new DMS and hiring and retaining top talent. 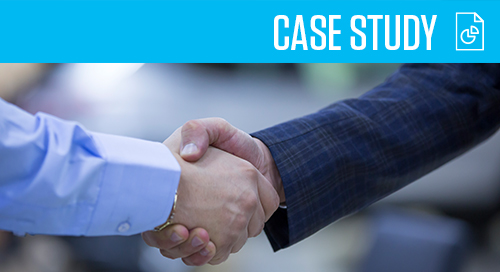 This family-owned and operated dealership treats their customers and staff like family. So do we. 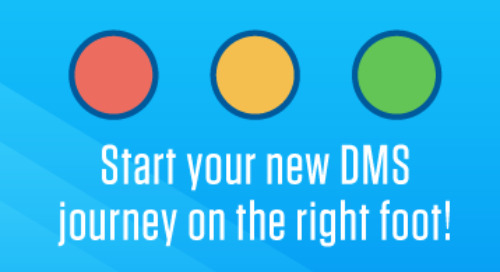 How Other Dealers are Communicating Change

The best channels for communicating a DMS change will depend on your dealership’s specific structure and culture. See examples of how other dealerships made their announcements.